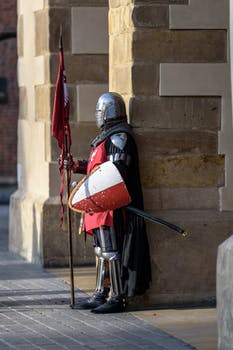 The Natural  Resistance to Healing

There is a natural resistance to healing. It’s hard for some of us to believe we need any.  After all, our lives seem to have an order about them. We have control over our own affairs quite well, thank you. To suggest that we need healing is rather ridiculous after all.

That reminds me of a story. One time, I was a part of a group mentorship class. I had taken the training to learn one method of healing prayer which seemed to work quite a bit better than some of my other courses I’d taken. Furthermore, I had been accepted on a healing prayer team where I could be an apprentice. That was really helpful to me since I was paired up with an experienced prayer team member each week and could practice the method I’d learned and get helpful suggestions. The cool thing was that the Truth would always show up even when I had no clue if I was doing things properly and the recipients of prayer would get great breakthroughs in spite of me. At the end of each evening I was fine tuned by my mentors. If I really got stuck, the more experienced prayer partner could take over the session.

One of our leaders found me to be particularly irritating. At first I was confused about it and in due season, I began to see that how I talked and laughed was very disturbing to him. Seeing him disturbed, disturbed me so I went to one of the other leaders for the healing I needed so that I wouldn’t be so disturbing to him. As a member of the team, I was always able to get prayer for my own stuff since it was built into the program as each member of the team was required to have at least 10 healing sessions per year. Sure enough, I found my need to please others had been a dominating force in my life. I found the source of the problem and the truth set me free. I experienced the peace that follows a good prayer session.

The next week I met the leader who found me so irritating. The interesting thing was that although he was still irritated by me, I was no longer disturbed by his behaviour or his remarks about how much I talked.

I decided to talk to him about the situation. I told him that I noticed his annoyance towards me and he agreed that he found me to be grating on his nerves. I told him about my prayer session and the success I’d had and the peace I was now enjoying. I asked him, “Is it possible that the source of your irritation is an area you need healing in? Perhaps it’s not actually me who is the problem, but the pain my personality or mannerisms triggers in you.”

He seemed taken aback at the mere suggestion. He seemed quite agitated but agreed to explore the possibility with his own prayer partner since no one else on the team seemed bothered by me. The following week he returned to me to let me know that I was indeed correct. The trigger had been dispelled and we became friends for many years after that.

The moral of the story: Don’t be too quick to believe that you don’t need healing. You might just find yourself held hostage to the words, actions or mannerisms of others. And that would be a shame.