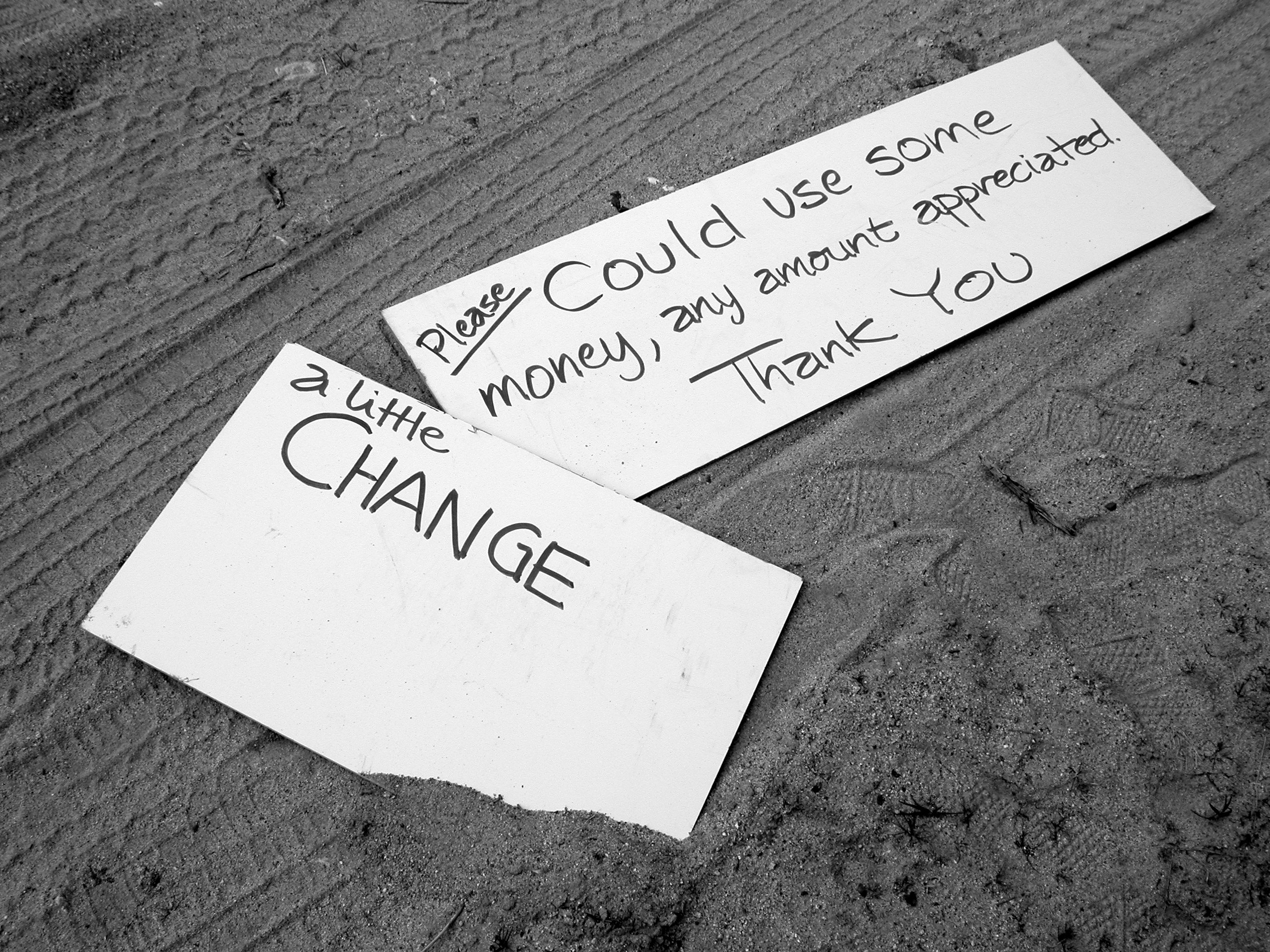 I know that there are lots of people who feel poor whether or not they are. Many people my age are the children of those growing up during the great depression of the 1920’s and 1930’s. At that time if someone got paid one dollar a day they were doing well, especially if they could keep that job. Those children grew up feeling very poor. There was no money for “extras” like ice cream and fancy clothes. Many families were larger then and hand- me-down clothes were common from older siblings to younger siblings.

When my parents had young children, families were smaller yet my mother still believed we were poor as well. She went out to work for most of the years we grew up and worked past the age of sixty-five saving and saving in Guaranteed Investment Certificates. Financial security was very important to her. I grew up in that environment and during my entire married life, felt that we were very poor even though my husband made a very good wage as an accountant.

One year while I was apprenticing in a healing prayer ministry, it was my turn to have my own healing session as a requirement of the program. As I asked the Lord what He wanted to heal in my life, the issue of poverty came up. I’ve always loved being generous and found all kinds of non-financial ways to give. I grew a big garden to share produce, shared clothes, food, and even furniture I built. I shared my time and talents and knowledge base with scores of people, but I never felt free to share money. My husband had control over our finances and had budgeted our giving and so I never gave much more than change in the Salvation Army pot at Christmas time or the penny drive at school.

As I mentioned this to my prayer partner, I felt a flood of emotions flow over me. I felt shame and condemnation. It felt like I was in this prison of poverty and I would never be free. By this time, I had given up a career in nursing to become a full time stay-at-home mom. I actually had no real income; only a couple of hobbies that paid for themselves.

I found the source of these feelings of poverty and shame to be a theme throughout my lifetime. There was no obvious beginning event to this feeling of being poor. It seemed it had always been a part of my life.

I asked the Lord for His perspective. I heard a scripture from Psalm 37:25, “I have been young and now I am old, yet I have not seen the righteous forsaken or his descendants begging bread.”

“But Lord,” I protested, “surely some of the righteous since that writing have starved to death. Look at all those who starved in concentration camps?”

Then I heard Him ask me, “Has anyone in your mother or father’s family starved to death?”

Thinking of my family history I said, “No, I don’t think so.”

“Then why do you think they were afraid of poverty?” I wondered about this for a few minutes. It occurred to me that perhaps this was one of those fears passed on from generation to generation. During the great depression, some people probably did starve to death. I had certainly heard stories about my grandparents handing out mashed potato sandwiches for lunch at school and being ashamed of their poverty.

I felt led to ask God to forgive me for not trusting Him to provide for me. I asked God to forgive anyone in my family bloodline who may have had the same problem. I asked God to break off all shame from our family for being poor at one time or another. Symbolically, I put Jesus and His cross between me and any spirit of poverty or related shame. In the name and power of Jesus Christ, I cast off of me anything that would make me feel poor.

I did feel lighter after that. I can’t say the whole issue was solved in that one set of prayers, but I no longer felt that I could not give money and I began giving more than just pocket change.

At that point I was able to trust the Lord more. I found God able and willing to provide more than enough. There were other points of prayer about the poverty spirit to come. Yet it was a good starting point for me. Since then, I’ve seen supernatural provision of money on more than one occasion and I know that God is my provider as it says in the Bible in Psalm 68:10 “Your people settled in it, and from your bounty, God, you provided for the poor.”

I have been in poverty and I have been in monetary wealth, but abundance is of the Lord. It is my hope that if you have a feeling of always being poor or not having enough to keep let alone share, that you will find your way on your own healing journey.