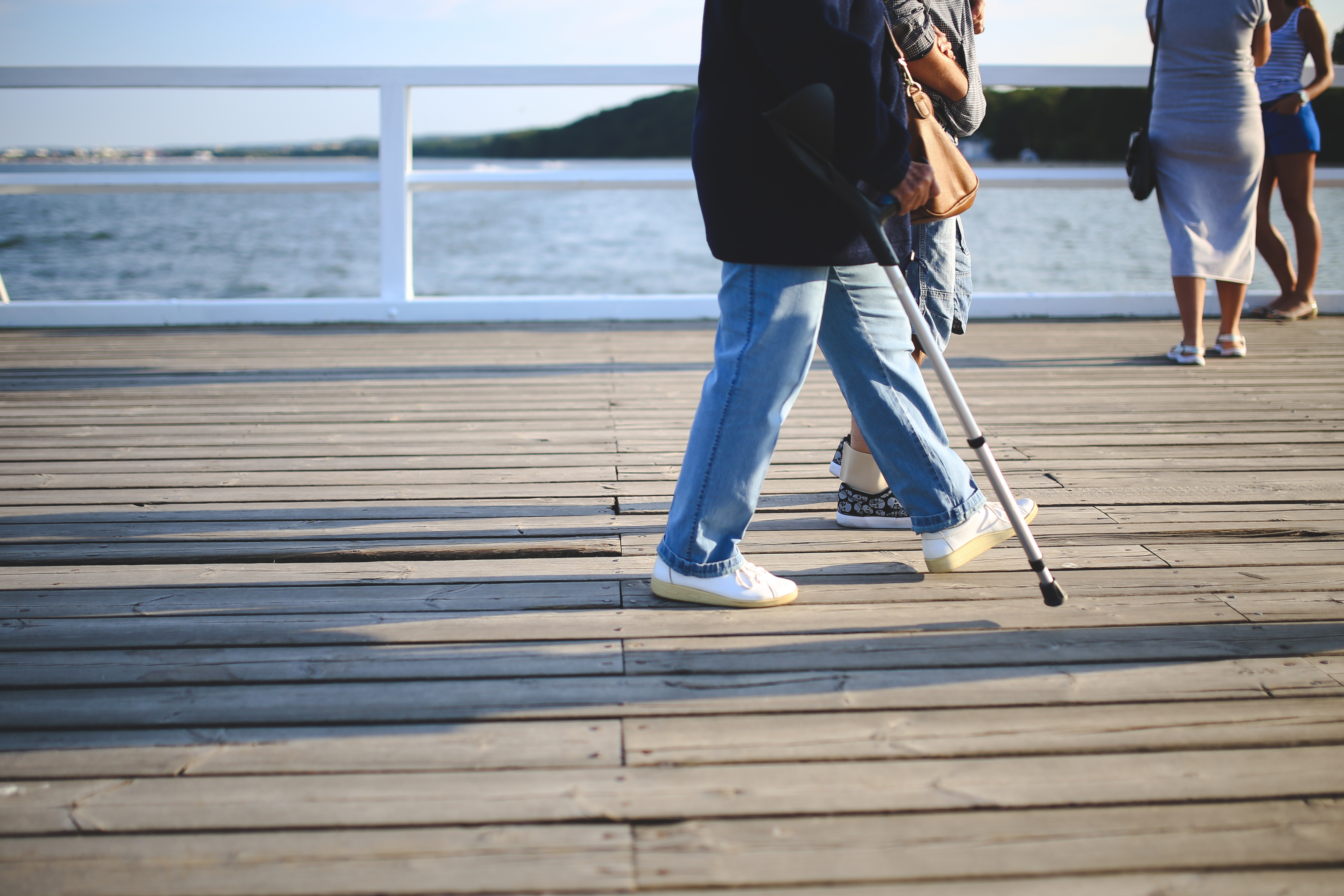 Over the years I’ve had opportunity to experiment with the connection between emotional pain and physical pain.  Sometimes the results have been astounding. One of my earlier trials of this kind of connection came when I was staying with a friend. I’ll call her Betsy. When I first arrived, she greeted me warmly and quickly put the coffee on so we could settle down for a nice long chat. I noticed she was limping around the stove and asked her about it.

Apologetically, she told me she was not able to stand long and showed me her knee which was swollen to double its normal size. It was stretching her pants. Her other knee seemed fine. She was very discouraged by the pain.

I asked her if she had the time and energy for a bit of prayer. She nodded her head. I explained to Betsy that sometimes our physical pain is connected to something in our history and I’m going to ask the Lord to reveal where the source of your pain is coming from.  Then I prayed, “Lord, where did this pain and swelling begin? What crack in her history did it slip into?”

Then I asked her if anything came to mind. Her response was, “Well I thought of something right away, but that was years ago. What would that have to do with today?”

“Well, I was thinking about our first year of marriage, about thirty years ago.” Betsy continued, “We were so in love and so poor, and I was so happy then. When we found out we were expecting our first child, my husband decided he should get a better paying job because he didn’t want me to have to work while we were raising our children. His job took him out of town a lot and I hated that he wasn’t always home every night and I missed him so much.”

“How did that make you feel?” I asked.

“I felt lonely and abandoned. I was so scared during my first pregnancy. You couldn’t just make a phone call and talk to someone back then. He had a travelling job. I didn’t always know where he was when he was on the road and we couldn’t afford a phone in those days let alone long-distance charges. We only called in an emergency from the neighbour’s house and had to pay them back for the extra charges on their bill.” She moaned a little as she spoke.

“What did you begin to believe during that time when you felt so lonely and abandoned?” I asked.

She looked at me and barked, “Well, what do you think I believed. He didn’t love me anymore. He was running away from me.”

Gently I asked again, “What did you believe at that time…about yourself?”

Her tone changed as she reprocessed the question. “I thought I’d become ugly or unlovable like I felt when I was a wee little girl and my dad was at war and my mom went to work leaving me with my grandmother. I felt abandoned then too.”

“What truth would God like you to know now?” I asked.

After a long pause I heard Betsy sigh. “Ahh, I was not abandoned. He did that because he loved me and wanted to take care of me…of our family just like my mother did. Ahh, wow,” she said. “All these years have gone by and I never knew he loved me.”

At that point she began to think of all the ways he’d shown her he loved her over the years. We figured out that his love language to her was mostly doing nice things for her. He built them a beautiful home. He built her beautiful furniture and made her a lovely garden out back. He had made toys for their children and helped each one build a house of their own.

After the reminiscing, she got up to refresh my coffee. I asked her how her knee was. She was astonished as she realized that the swelling was gone and she could hop up and down on that foot without pain. Neither of us had noticed when it got better.

Now when people ask me to pray for physical healing, I start by looking for the crack that allowed it in. Sometimes there is a connection. It never hurts to look for it.